The Story of Gregory Hirlinger

Greg grew up in Arizona! Born in the 60’s to a woman that was a child herself, on her own, and suffered from Mental Health issues. Her mental health/illness/disorder was something that, back then, people would “not talk” about. Medication was not as advanced as it is today, so many folks turned to “self-medicating” or just pushed through it.

During the late 60’s and early 70’s the world was dealing with political, social, and economical struggles…Viet Nam, Gas shortages, Watergate, Space race, and the beginning of the “Cold War”. This was also a time of bumper stickers with “Peace” signs; “Make Love Not War”; and “Impeach Nixon”. Music was inspiring the youth to stand-up to “THE MAN”!

One of Greg’s earliest memory is waking up in an early 1961 Plymouth Valiant somewhere along the side of the highway in New Mexico on a trip back to Arizona. His mother was sobbing uncontrollably and stopped next to a fruit vendor. She exited the vehicle, went to the vendor, while the little boy sat and watched. The vendor helped and they traveled for, what seemed like days but had Peaches to eat.

Over the next 10+ years his mother had dated and married a few people. One of the men she married gave him two younger brothers. Jacob, 7-yrs younger and Chad, 8-yrs younger. Greg felt that it was his responsibility to help protect these little guys because his mother was struggling with her mental health issues and had multiple failed relationships and had frequently abandoned the boys at family homes or the Crisis Nursery. Greg was constantly worrying for her safety and the safety of him and his brothers.

It was a family of four, three small boys and a single mother…They had lived in cars; motels; tents; low income housing; a church basement; anywhere that would let the family in.

Greg and his brothers were outcasts and had to defend for themselves whenever they attended a new school…It was embarrassing for him and his brothers to go to school because they literally had only a couple pairs of pants and shirts… kids are cruel. Many times, Greg would not eat lunch because he was embarrassed to get in the “free lunch” line. He and his brothers learned really quick the definition of prejudice, and how you had to “blend-in” in order to not get beat up. He attended a total of 24 schools, including 3 high schools all in Arizona.

At the age of 14 his Mother introduced a new man into his life, which was his soon-to-be stepfather (BTW, this is “Dad” number 4). The step-father, named Bob, was different from the “other” men, he was a hard worker, amazing artist, served three tours in Vietnam, and built a house large enough to take the family of four and combine with his family of three…Bob had a Son and Daughter.

From that point on, Greg was no longer the boy that smelled from not bathing, but a boy starting to find his confidence and courage. All of a sudden Holiday’s were something to look forward to…Let that sink in for a second!

Bob was a HUGE mentor, friend, and Hero to Greg; and helped him get work in order to pay for his own College education. Greg vowed that he would do everything possible to assist other homeless kids like he and his brothers.

Gregory Hirlinger was not proud of his name and what it represented, so before graduating from college, he legally changed it to “Karl Gregory Obergh”…

Karl Gregory Obergh now serves as the Chair of CASS’ Board of Directors (2019-2020) and is an advocate for preventing and ending homelessness. 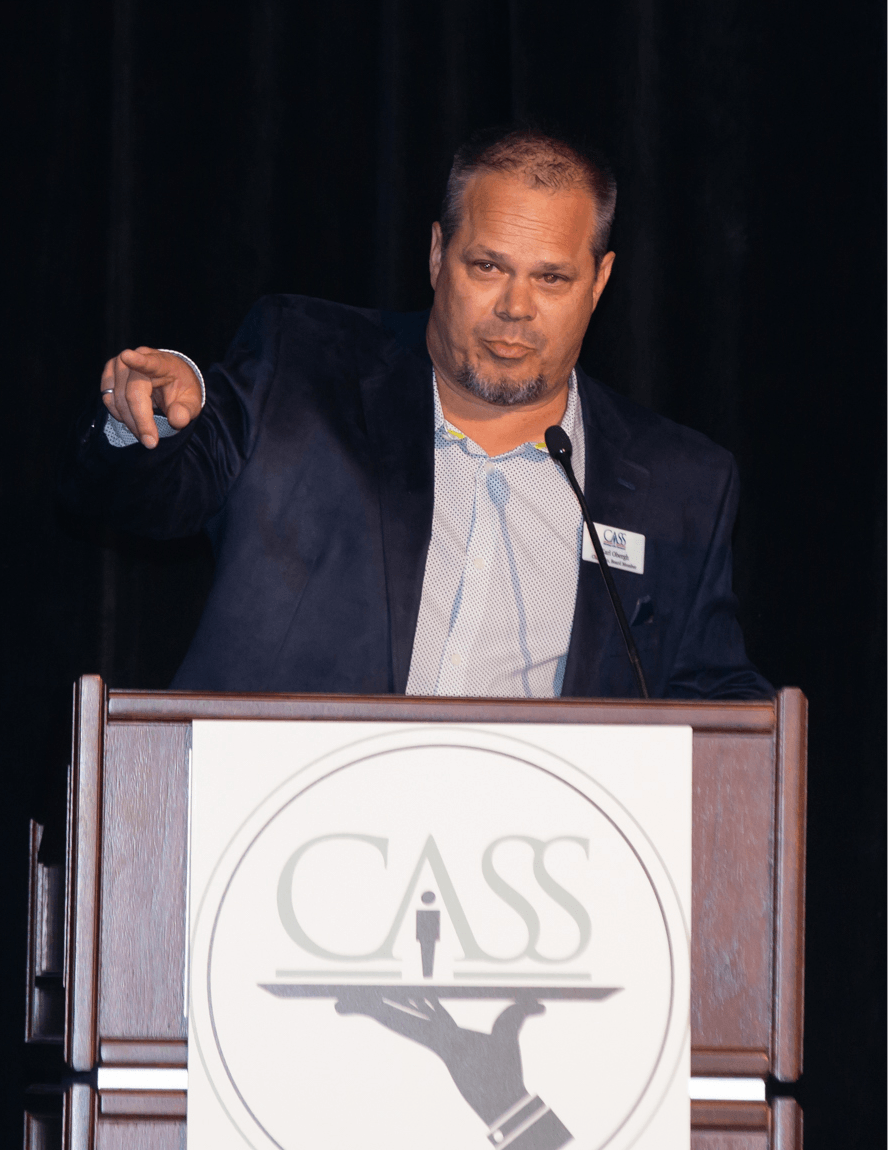 Donations are normally non-refundable but if you have made an error in making your donation or change your mind about contributing to our organization, please contact us. CASS will only consider refunding a donation if such a request is made within thirty (30) days of the original donation provided the donor has not claimed a tax deduction from their donation. Refunds are returned through check payment only. Processing/transaction fees charged for donations will be deducted from your refund amount

CASS IN THE NEWS BLOG

Thank you! You are successfully subscribed.

Under Titles VI and VII of the Civil Rights Act of 1964 (Title VI and VII) and the Americans with Disabilities Act of 1990 (ADA) Section 504 of the Rehabilitation Act of 1973 and the Age Discrimination Act of 1975, CASS prohibits discrimination in admissions, programs, services, activities or employment based on race, color, religion, sex, national origin, age, and disability. The CASS must make a reasonable accommodation to allow a person with a disability to take part in a program, service, or activity. Auxiliary aids and services are available upon request to individuals with disabilities. For example, this means that if necessary, CASS must provide sign language interpreters for people who are deaf, a wheelchair accessible location, or enlarged print materials. It also means that the CASS will take any other reasonable action that allows you to take part in and understand a program or activity, including making reasonable changes to an activity. If you believe that you will not be able to understand or take part in a program or activity because of your disability, please let us know of your disability needs in advance if at all possible. To request this document in alternative format or for further information about this policy please contact: Chief Operating Officer, 602-256-6945.